First thing first, we need to cover a couple questions we get all the time about 6.0 injectors.

Q. How do you know if you have a bad injector(s)?

A. You really need some sort of scan tool to determine which one is bad for sure. If you come by Gillett Diesel Service we provide a quick scan for free. If not you will need to purchase a scan tool. Once you connect the scan tool, you should be able to figure out which injector is the offender. It's important to use a scan tool. If you don't, you could end up replacing all of the injectors and still have a problem. More than one person has replaced every injector just to find out that the FICM power was not correct. FICM main power level should be between 47.50 -48.50. If you are lucky and the miss is bad enough, the computer will store cylinder contribution code for the bad cylinder. If not, do a KOER (Key On Engine Running) test. The pcm will rev the truck up a little and will tell you which cylinder is not carrying it's weight. You can also do a balance test that will graph the contribution of each cylinder. It is really easy to see the bad one.

Q. If I have one bad one, do I have to replace all of them?

A. Absolutely not! It is a great suggestion if you are selling injectors or getting paid to install them, but not if you are footing the bill. Just replace the one that is causing the miss. There are no issues at all with a new injector working with old ones or any of the stories your uncle or brother-in-law may tell you. Secondly, once you change an injector, you will see that it can be easily done in a couple of hours. The cost of the injectors vs your own labor time is not worth replacing the other perfectly fine injectors. If another one does happen to fail in the next 6 months, no big deal. Just replace it. No big deal.

Q. What kind and where should I buy replacement injectors?

A. This is a tough one. We have been through most of the different replacement injectors sold on the market today. To be honest, you will get what you pay for. There are a bunch of "rebuilt" injectors on Ebay and the internet selling in the sub $200 range. We have used many of these injectors and have had varying degrees of success. The biggest problem we have found is that they are not replacing all the internals, only what was causing the injector to fail. Since stiction is such a huge problem with 6.0's, getting a set of injectors that haven't had the spool valves replaced will not cure the cold start issues. Worse, we end up replacing some of these injectors within a year of installing them. We suggest buying the ones we have available that are built by Alliant Power. Brand new injectors aren't available any longer from any source. But the Alliant injectors are as close as you can get. They replace all the internals. You are basically getting new injectors. We have had the best luck with this brand curing the rough cold starts and keeping the problem away for as long as the stock injectors did. Alliant Power 6.0L Powerstroke Injector (04-07) AP60901 for Powerstrokes built after 9-22-2003. They also carry a two year warranty. 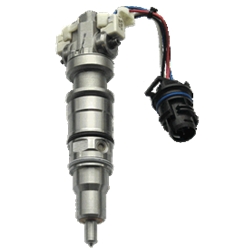 On to the install:

The only special tools you will need is a torque wrench and long T-40 torx bit. Everything else comes apart with regular tools. First thing first, unhook both batteries for safety.

The injectors are located under the valve covers. So remove everything from above them.

Driver's side - Drain the coolant and remove the Degas bottle. Remove the back part of the air cleaner box and hose all the way to the turbo. Remove the FICM from above the valve cover.

Passenger's side - Remove the intercooler tube. Remove the oil filler neck. (you can put the cap back in the valve cover to keep debris out while you are working) Unhook the red alternator wire from the positive side of the battery along with the glow plug relay plugs and the icp sensor plug. Move this whole harness towards the center of the engine out of your way. Next remove the glow plug relay.

Now you will need to remove the high pressure oil rail from on top of the injectors. Start by removing the oil stand pipe. It may come out as a long tube or just the short end. Either way is fine: 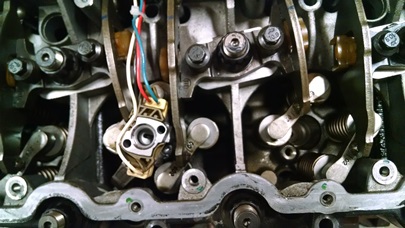 Next remove the high pressure rail. You will need a T30 torx bit for the bolts. Remove them all and lift the rail off. The rail is full of oil, so tip it towards the outside of the truck and let it drain into the engine for a few seconds. Have a drain pan ready to set it in. 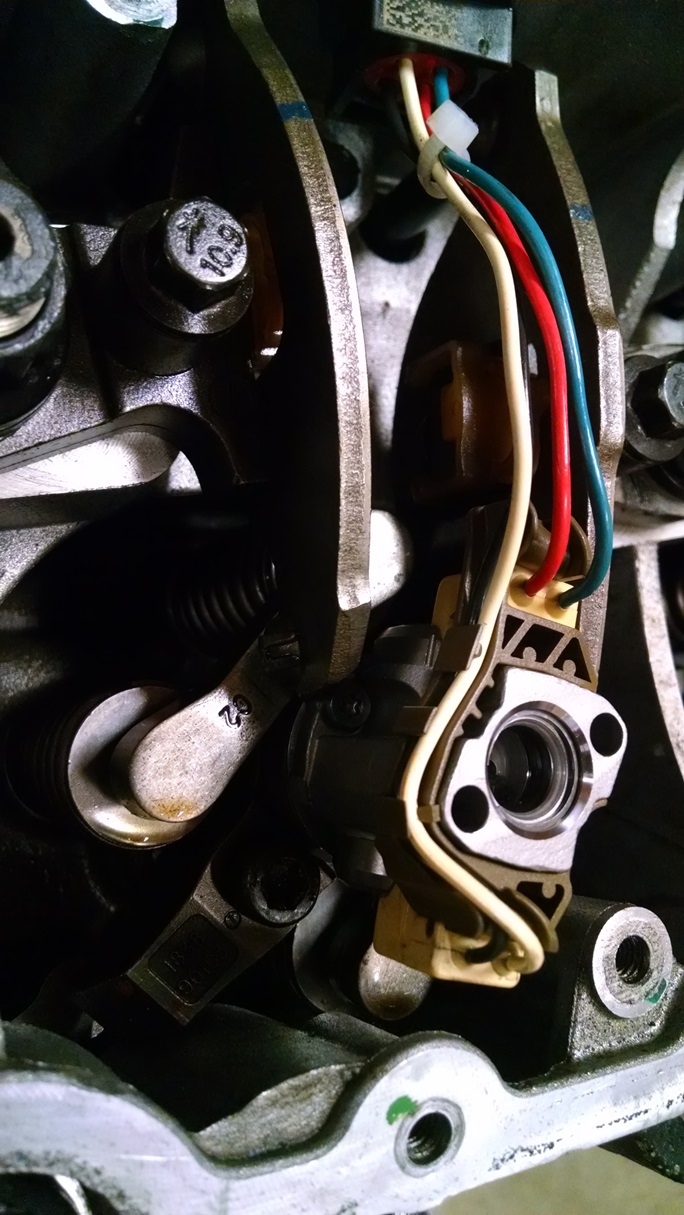 Now you will need a long (2") T40 Torx bit to remove the injector. The injector will just come right out as you loosen the bolt:

After you have everything put back together, it may not be a bad idea to throw the battery charger/booster on the truck before you start. We also recommend cranking the engine for about 10 to 15 seconds to prime the oil rail (Do Not Start). This will also prime the fuel rail. Once you see the oil pressure come up, turn off the key. Give the starter a break for thirty seconds or so then turn the key back on. Once the glow plug light goes out, start her up. It should fire right up and run rough for a little bit. Check for leaks and you are ready to go!