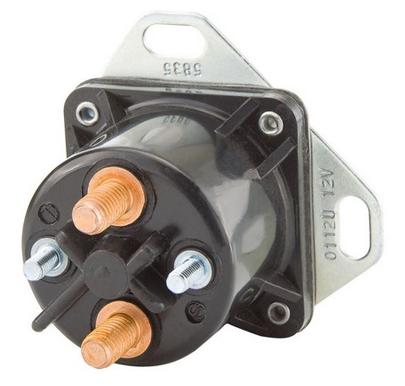 The image below is for component identification 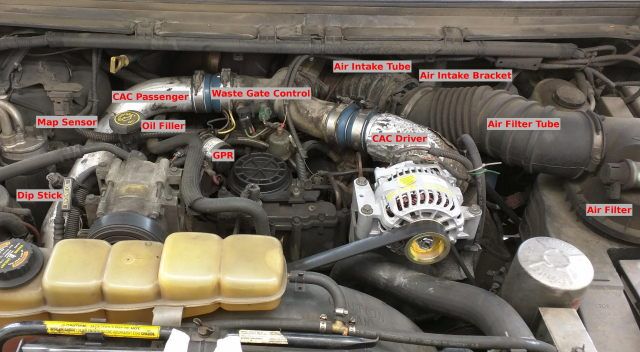 2. Disconnect air the cleaner outlet tubing and filter housing top. Unclip the housing top and loosen the hose clamp on the air filter tube at the air intake tube bracket. A 5/16" nut driver works great for the hose clamps. Then just pull the whole assembly away.

3. Remove driver's side charge air cooler (CAC) pipe. This is a little more difficult. Loosen the t-bolt clamps on both ends of the pipe and work the pipe out of the engine compartment. 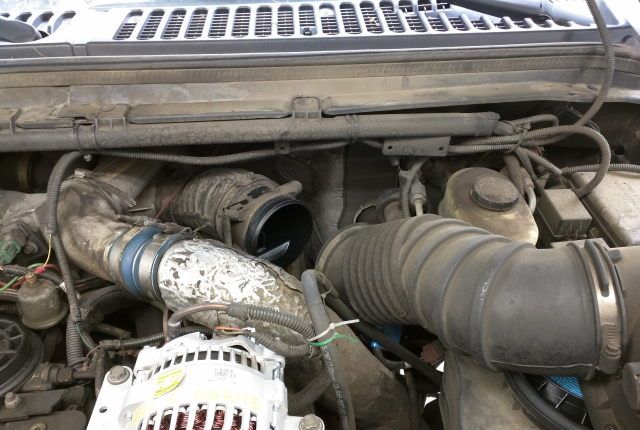 4. Disconnect the large electrical plug above the driver's side valve cover. This is done by loosening the bolt on the side of the plug and then pulling the plug apart. 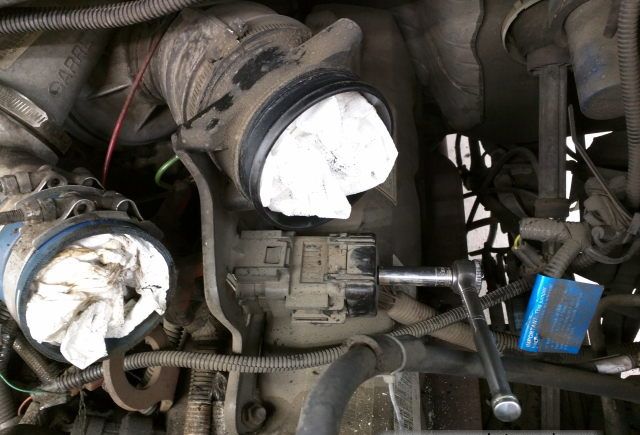 5. Remove air intake tube and bracket. Remove the two bolts at the bracket and loosen the hose clamp at the turbo charger. The whole assembly can then be pulled up and away. Be careful because the intake tube is attached to the breather housing by a small hose. The air intake tube has to be pulled UP and away from the turbo. The green waste gate control tube also needs pulled out of the air intake tube. 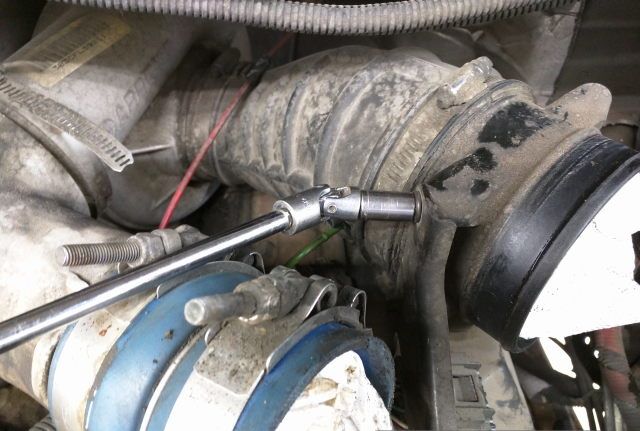 6. Remove the breather from the top of the driver's side valve cover. There are two phillips screws that need to be removed. Note that there are two o-ring type gaskets under the breather. Don't lose them. 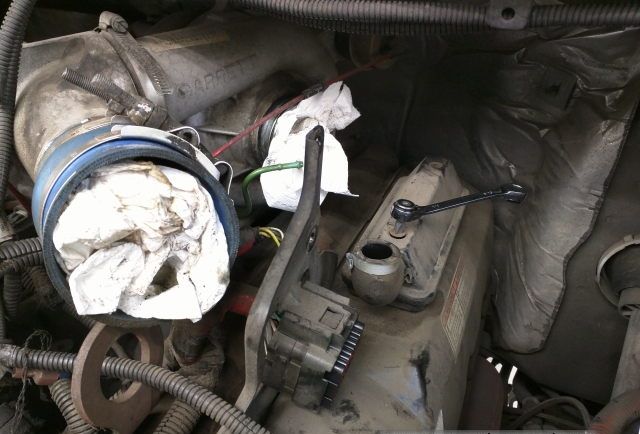 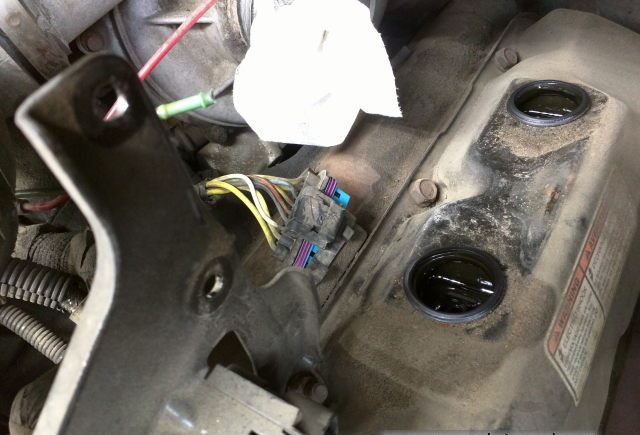 7. Remove the 10 valve cover bolts. It is essential to have a 1/4" shallow well 13mm universal socket. I think this job would be impossible without one. Be cognizant that the bracket which the air intake bracket and electrical plug connect to is attached by two valve cover bolt studs. 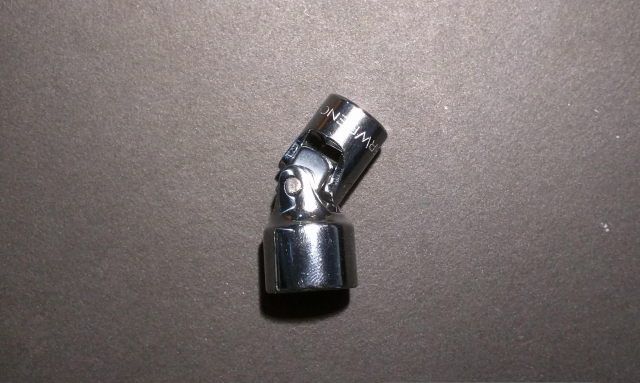 8. Remove the valve cover. Be careful not to disturb the o-ring and the gasket it seats into and you can likely reuse the o-ring and gasket. I did without issue. 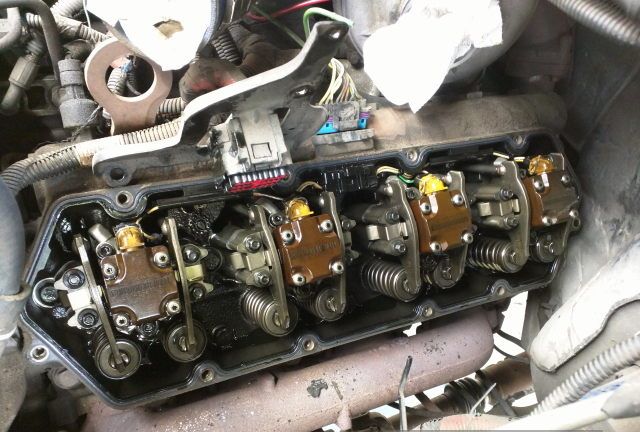 11. Remove any oil from where the glow plug seats so it does not run into the cylinder. I used compressed air to blow the oil away. It was not too messy as there was little oil there. Obviously wear some safety glasses if you take this route. 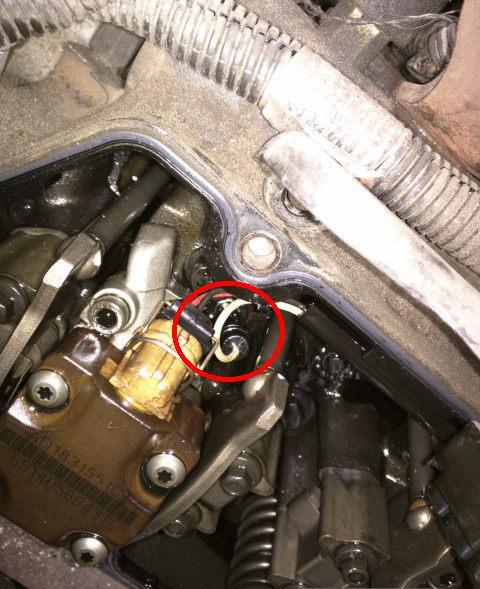 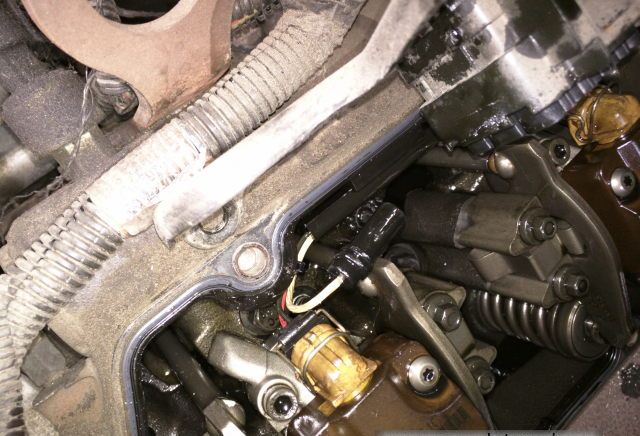 12. Loosen the glow plugs with a 10mm deep socket and an extension. I could only back the glow plogs out so far before the top of the socket hit the fuel injector. 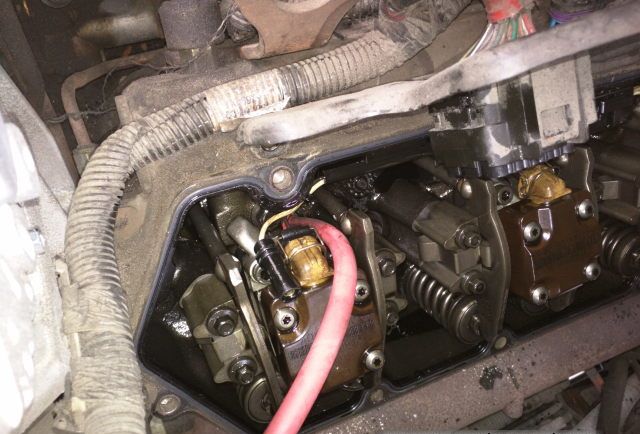 18) Reconnect the electrical plug and tighten its retaining bolt. 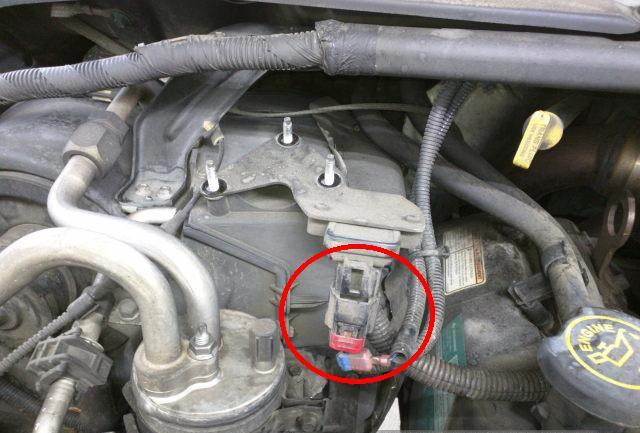 22. I did not pull the manifold absolute pressure (MAP) sensor hose off. I just moved the whole plate and sensor by removing the three nuts that hold it down. 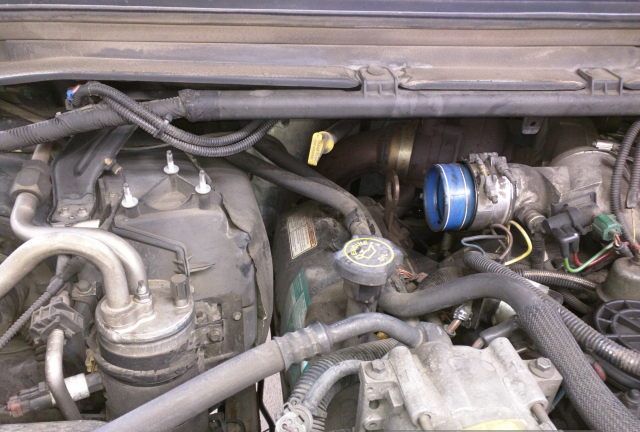 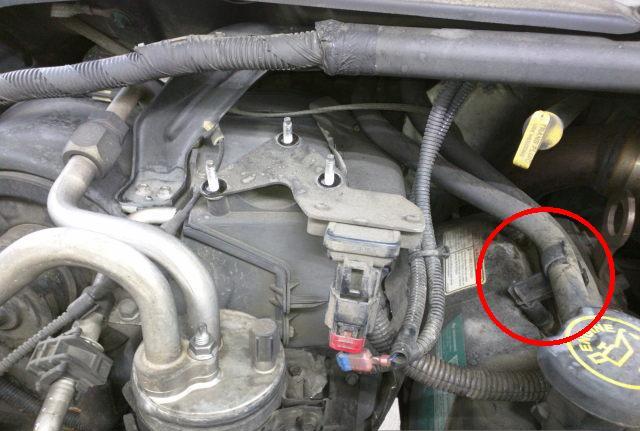 25. Detach the wiring harness near the front end of the valve cover.

27. Remove the oil filler tube. It just spins out. 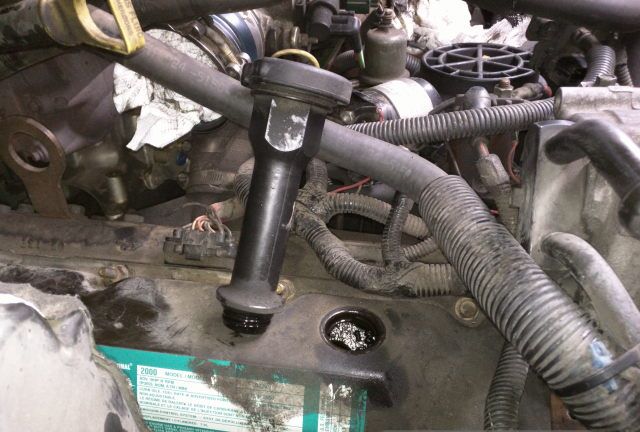 28. Remove the 10 valve cover bolts. Again, it is essential to have a 1/4" shallow well 13mm universal socket, particularly for the passenger's side. The lower rear valve cover bolts are tough to do and can be quite frustrating.

29. Remove valve cover being careful not to disturb the gasket or o-ring unless you intend to replace them anyway. The passenger's side valve cover is somewhat difficult to work away from the cylinder head. 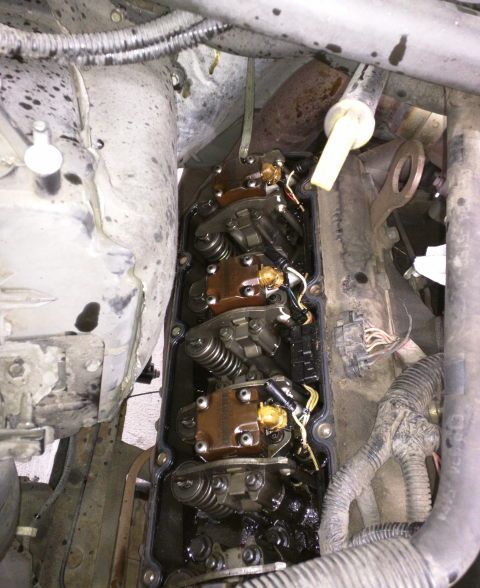 30. Pull the electrical connection off the top of the glow plug as described previously in the article.

31. Remove any oil from where glow plug seats as described previously in the article.

32. Remove glow plugs as described previously in the article.

33. Install new glow plugs as described previously in the article. Use a 10mm deep socket and torque to 168 inch pounds (14 foot pounds).

34. Clean mating surfaces of valve cover and valve cover gasket o-ring, install valve cover. The passenger's side valve cover is somewhat difficult to get back in place on top of the cylinder head. Tighten the 10 valve cover bolts to 98 inch pounds (8.17 foot pounds).

36. Put dip stick tube back in place and secure it as it previously existed.

That's about it for this one. Doing this as a DIY project can save a you bunch of money. You will enjoy the easy starts on cold mornings.

For Technical Support Call Gillett Diesel Service at 800-638-4679. We will help you even if you didn't purchase your Performance Diesel parts from us.